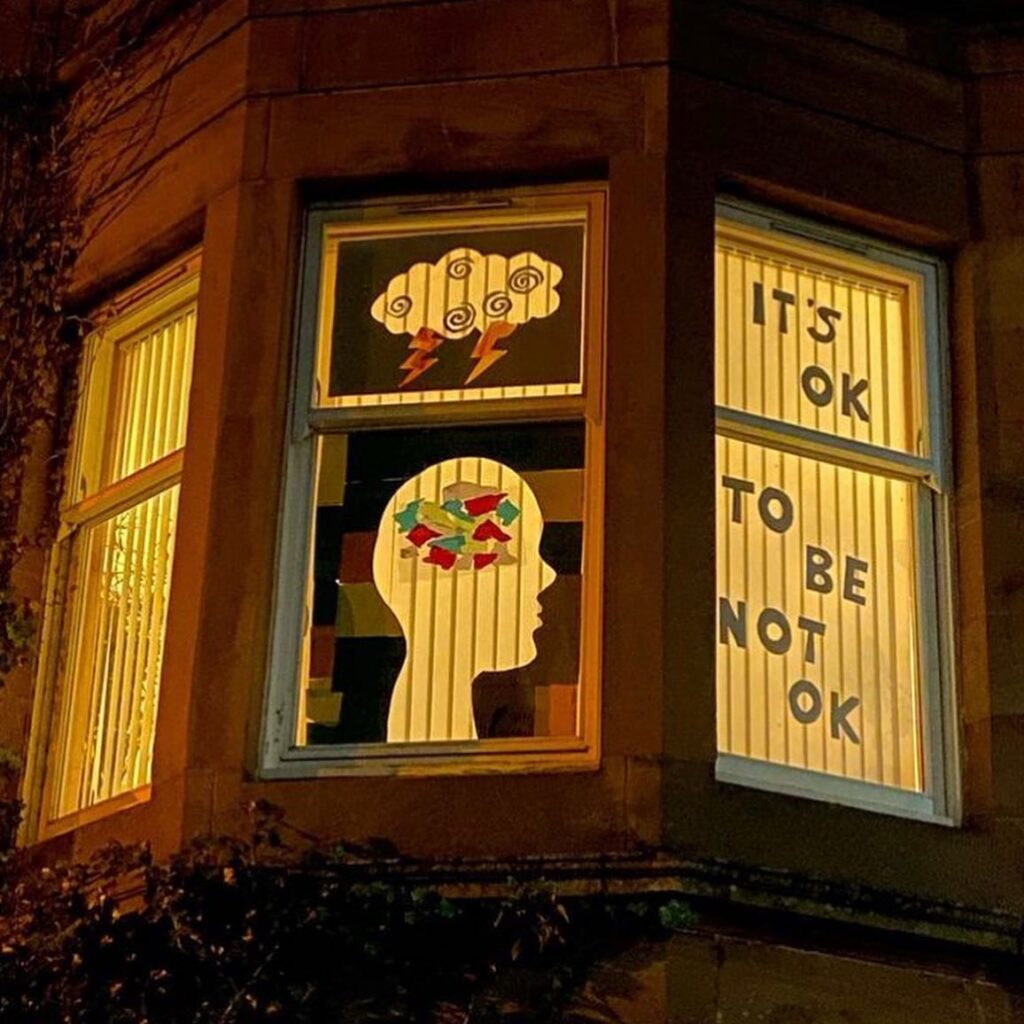 Loneliness is something that everyone encounters at some stage in their lives, some more severely or more often than others, and not always when we are strictly speaking ‘alone’.  Standing in a crowd of people and feeling deeply alone can be as confronting and isolating as being physically on our own and longing for connection with others. Being at a gathering of people, physically, or online, can bring out our isolation demons.

The COVID 19 crisis catapulted loneliness into our consciousness in a way many of us haven’t experienced before.  Cut off from loved ones, unable to carry out our daily routine, some of us losing careers unexpectedly or facing other painful loss.

For me, these experiences hit me long before the world fell into Pandemic chaos.  In fact, when Covid  hit I thought I would escape the negative effects of it, like I knew how to cope with it. Decades ago I’d been a creative, social, successful and very independent woman, according to the world’s standards.  I’d built a hard-won career for myself in set design, in the ultra-competitive film industry, with a vibrant social life. 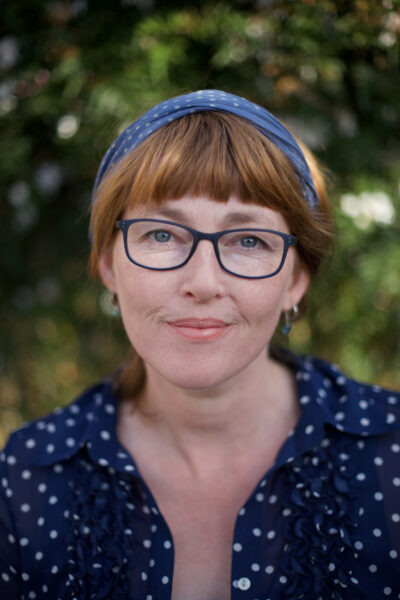 My world came crashing down when a series of accidents propelled me into a new reality, one where my previous career was no more, my mobility, physical and mental health were new mountains to climb and the life I once knew was changed forever. Within seven months I went from being an independent, thirty-something, working woman to a disabled stay-at-home mother living in a new city, no family, no friends. The chronic pain that followed, coupled with the huge change in identity (lack of) created a heady mix that essentially kept me housebound for well over a decade.

It was here I found myself in the reality of loneliness.

Loneliness in this sense hits you in a number of ways.  It is the feeling that everything has changed and you don’t recognise where you are.  It is the feeling that you have been dropped into a set of circumstances and feelings that no one else could possibly understand. And the physical reality of being trapped at home by debilitating health issues, cut off from the very streets you once wandered without a second thought, that is the loneliness that left me struggling.

I felt deeply jealous of people with parents nearby, envious of those able to take their kids to the park, walk them to school, watching my contemporaries expand their CV, new mum mates returning to work, and felt this huge need for connection.

I felt that I ‘stank’ of neediness and hated myself for this vulnerability. At that time, there was no social media to call on, you had to physically get out to find your people, sometimes it’s just easier to hide away than admit you need support.

The irony of the situation is that actually you aren’t alone in feeling lonely, as the office for national statistics recently revealed that 1 in 7 adults confess to feeling loneliness most days (See our blog ‘Can the arts help to reduce social isolation’), but in the centre of that moment, it is hard to see past your situation. As part of my rehabilitation it was recommended to me that I took short walks each day to improve my mobility.  I was so conscious of the changes in my physicality that I just couldn’t bring myself to do this during the day, so I would wander out once the streets had quietened under the blanket of night.  This deepened my social isolation, but felt comfortable to me in that moment.

It was here, in my deepest sense of loneliness that I first recall encountering a way through.

As I was taking one of my rehabilitation walks I noticed seeing inside homes with the lights on and curtains open took me away from my pain. Sometimes it was as simple as noticing the fluffy cushions, sometimes it was imagining I knew these neighbours, as I had done where I grew up in a road where the front doors were never locked.

This sense of warmth stayed with me and I couldn’t help but feel there was something there that could bring warmth to others feeling socially isolated, and brighten the ordinary streets..

In September 2014 I started the adventure that would lead to the creation of Window Wanderland.  I spent years talking through my idea of creating art that would glow in windows with friends, and while my confidence was low, my courage led to four friends agreeing to take part.  From there I marketed the idea to the neighbourhood to see if I could get others to go on the journey with us.

With extreme effort, I made the event happen, and in February 2015 the streets of Bishopston, Bristol took to the idea and 250 homes made a display with thousands of people out on the streets in mid-Winter.

In the infancy of this festival I never dreamed that the world would in 2020 plunge everyone into isolation and bring the importance of our connection through windows even more to the fore.  But every year the feedback from Wanderlands, of which there have now been over 300 across the UK and 6 other countries in total, shows me that the idea which initially stemmed from reducing my own sense of loneliness is helping thousands of others feel the same. 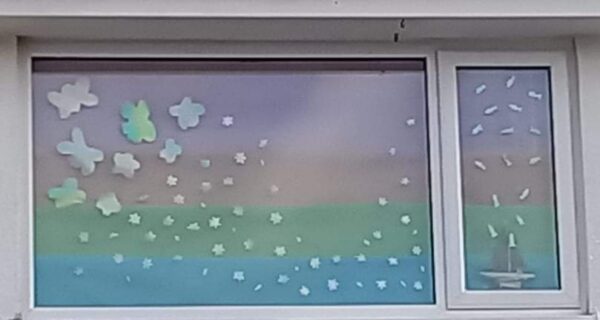 Just last month Sarah who saw a notice on facebook to take part in a 2022 Wanderland on a Porthleven local group by a woman called Allison told us:

“I suffer from social anxiety and agoraphobia and Allison is a friend so I thought why not participate from the safety of my own home. I found it very therapeutic cutting out the flowers and fish depicting a seaside fishing village theme.”

And through Coventry City of Culture  Wanderland saw its most senior participant, Phyllis aged 100, take part through activity in the care home where she resides.

Phyllis said: ” I really enjoyed helping to create our displays for Window Wanderland. I wouldn’t say I was particularly good at arts and crafts, but I do enjoy doing them.” 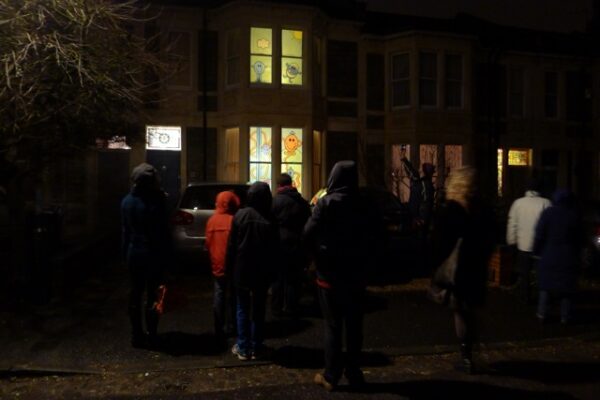 It is well documented the connection between art and well-being, but this Mental Health Awareness Week I wanted to again reflect on how Wanderland has helped me in my journey to admit my vulnerabilities, tackling loneliness for myself and others.  I want to remind people reading this that you aren’t as alone as you feel, and if our festival could help you connect to your community again, then that is something I count as magic.

Find out how you can bring your neighbourhood together by putting on a Wanderland here.